Forging Mind is a digital neuroartist creating meditative, mystical and ethereal experiences for the mind and soul. 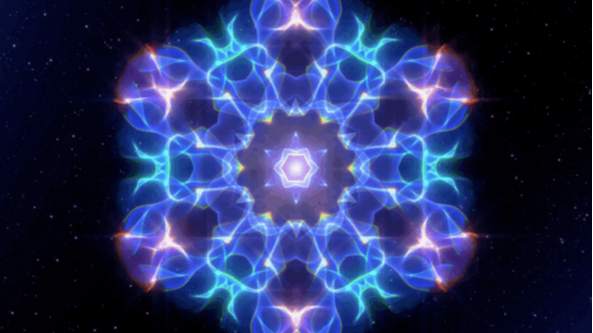 Originally from Thailand, Thanchanog is a multidisciplinary artist based in Singapore. Her citizenship renunciation and migration history have compelled her to work around the theme of identity using both traditional and new media and involving light as the key material. Thanchanog employs painting, photography, moving images, and graphics to recreate her own space beyond the the physical realm. Directly or indirectly, light is manipulated as the constant among these media to explore the notion of time and consciousness traversing autobiography and memories.

Jeztrek is an ambient, Electronic music Producer/composer based in the UK. Jeztrek has had three tracks featured on BBC Introducing in Essex and been shortlisted for the UK Song Writing Contest. Inspired by artists such as Brian Eno, Jean Michel-Jarre, Alan Walker, The Orb, Underworld, Sigur Ros, and many more. Jezterk creates music from the soul to share with others who share a similar passion for electronic sound, peace and wellbeing. 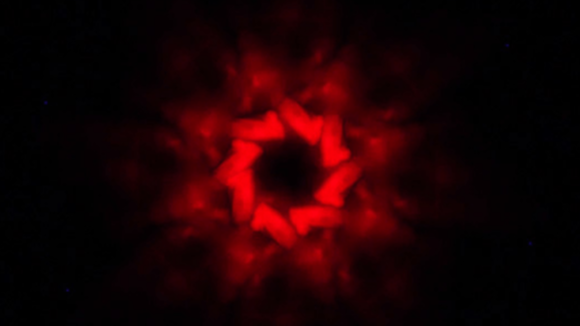 Residing in Manchester for over 12 years, Sean has become a pioneering figure in the city’s' Digital Art & DIY performance community. Known best for founding projects such as Test Card and DRIFT - Event platforms which support the growth of local artists working in the field of technology, art and performance, his skills are split between being a Digital Artist, Production Manager and Curator.

Over the years, Niko has explored a variety of aspects of the music industry and today his main focuses are Pop music and Film-Scoring. Recently Niko completed an internship with Hollywood feature-film composer Alex Lu, and graduated from Musikmakarna. 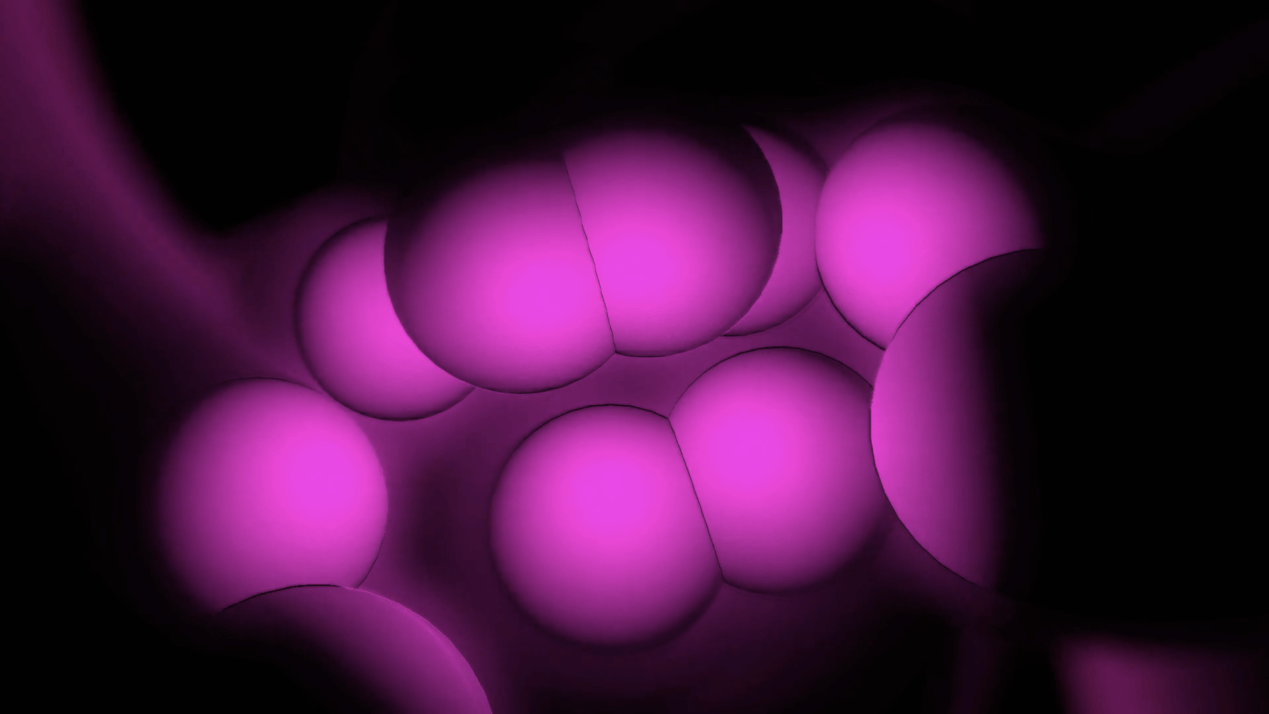 Artist, filmmaker and composer
David is currently a film artist in residence at CCI Paris 2022. His work has a marked foundation in landscape, using ideas mined from nature-myth and folklore, and the curation of these, to inform and evolve the texture of lives, and the resurrection, resuscitation of ancient motif. 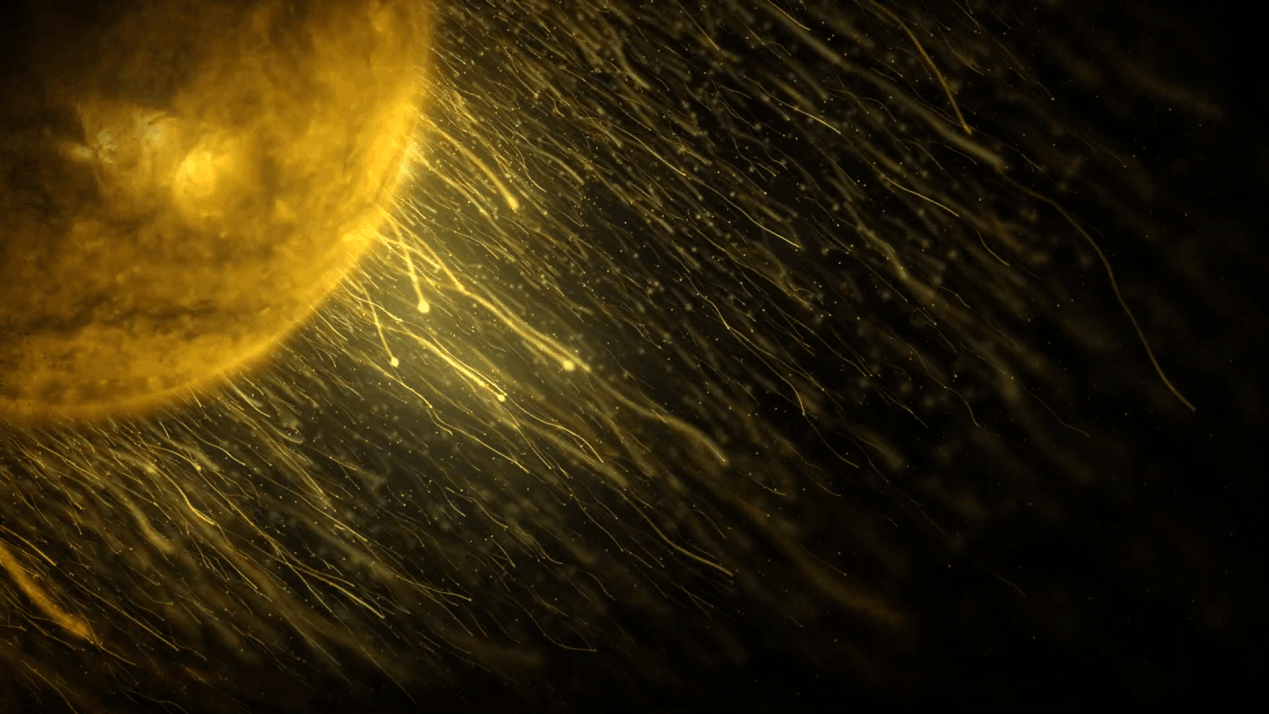 Jack, aka Wilderbeast, is a burgeoning producer from the tropical rainforests of SE London.

He largely, but not exclusively, creates global bass music, inspired by his aggressively varied and expansive listening library.

Wilderbeast is currently sitting on 2 unreleased albums, the first of which will be available later in the year.

You can contact him through Facebook/Instagram to say hi, explore his work and enquire about commissions 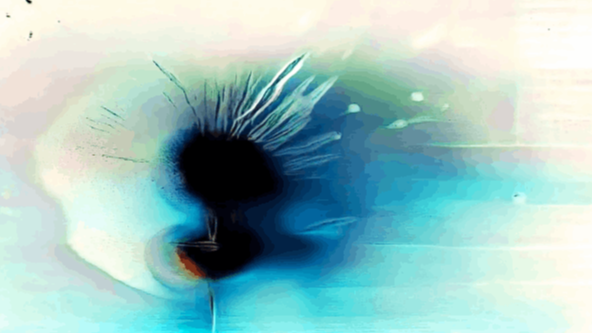 Born in 1992, Vinco.zone [with other pseudonyms: Pixel, Royal Cheese, Phantom 84, Vinco Zierowan, Satori ] is a Belgian multidisciplinary artist born in 1992.

The three main topics Vinco has been fascinated with since his childhood are the cosmos, the mystery and technology.

His artistic practice is oftentimes about creating portals, gateways to other dimensions including an imaginary future. 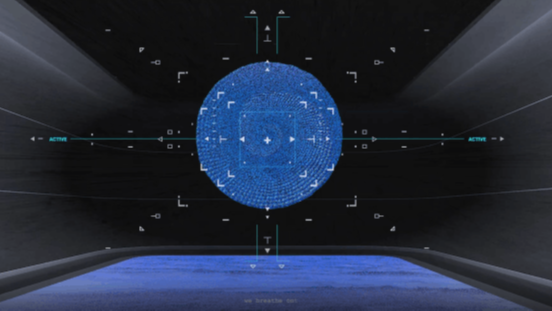 Swedish-born Andy Salvanos is a musician based in South Australia, where he performs and records using a 10-string Chapman Stick. From simple melodies to
evolving soundtracks, Andy composes in “short story” format, drawing on themes like childhood memories, and the space located between dreams and reality.

Jennie Feyen is an Australian artist and filmmaker. Inspired by Japanese aesthetics, futurism, and dreams, Feyen uses poetic imagery and evocative soundscapes to invite the viewer to step into otherworldly spaces and contemplate the human condition. 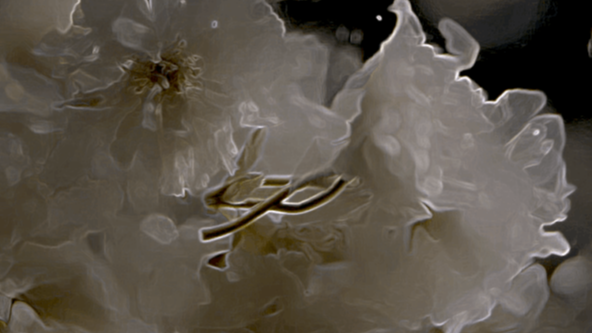 Martyna Zukaite, a.k.a Žužu, is a young Lithuanian music artist on a path to finding her own voice. She has a fascination with electronic and experimental music, and its link with the concept of Time. Žužu experiments with various sounds and tones to produce reverberating and calming tracks.

Nati Golan is an Israeli artist who plays with watercolours, scans of objects, and other materials, and uses her photography skills to catch emotions, symbols, and textures. She blends these techniques together to create mixed media digital art, which is characterized by a collage psychedelic style, sometimes dark, sometimes full of fun and humour. 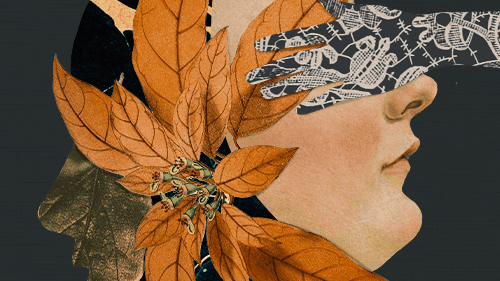 DJ Relajado is a Multimedia Digital Jockey and “world observer” who has been perfecting the craft of digital art and music for over 3 decades. In the last 4 years DJR has been sharing his living mandalas and geometric
artistic endeavours with the world. Currently DJR is creating in the field of digital animation, static imagery, and music production. 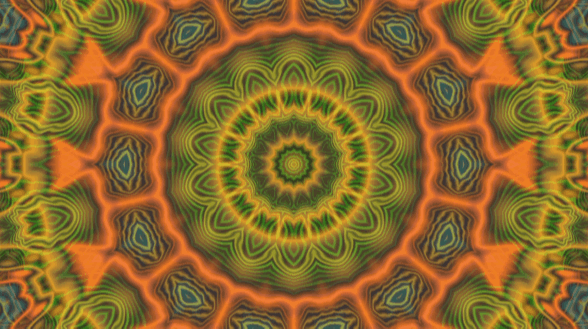 Elle Bennett is a self-taught singer-songwriter, producer and DJ based in Leeds. She makes music in a variety of genres, ranging from Electronica to Lo-Fi House to Alternative Pop and R&B. Elle is passionate about uplifting women and the LGBTQ+ community through music.

Bitvert is a UK based artist whose widescreen approach to art involves projection, audio, moving image and 2D media. He has worked on projects including music production and large-scale image projection. In 2019, Bitvert projected images onto London architecture for the release of Thom Yorke’s album ANIMA in collaboration with Tarik Barri and Creative Giants. 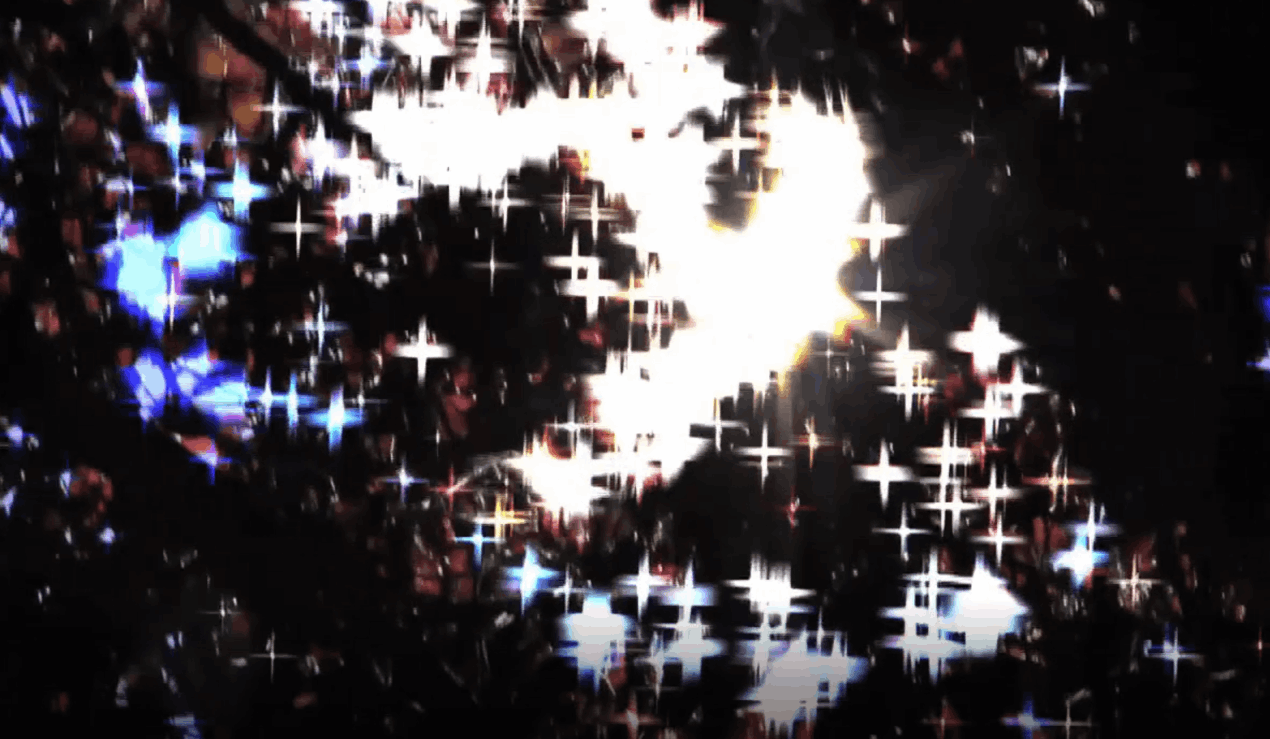 VADES is a London based audio artist who desires that her sonic creations transcend states of consciousness when heard. Believing that Voice is our most powerful instrument, VADES features her vocals heavily within her music to help guide listeners on their ascent towards a relaxed and meditative state.

Cat Hamilton is a synesthetic photo artist whose work is grounded in her meditation and spirituality practices. She captures the world the way she sees it, synthesising a visual interpretation of music and people's personalities; and in the blending of senses, creating a new perspective, one in which the world takes on a different quality. 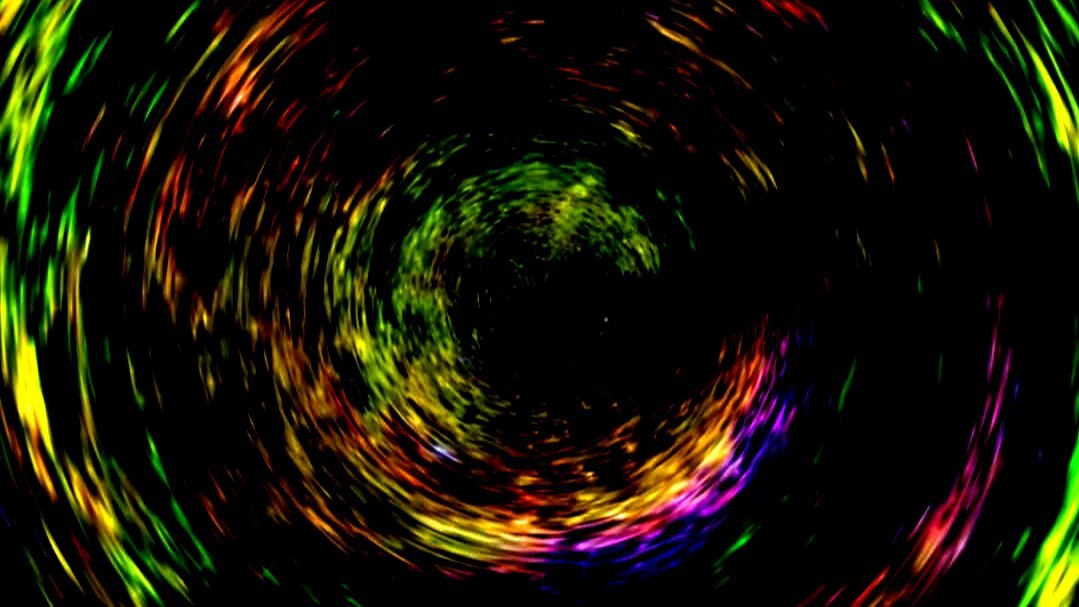 Catarina Rodrigues is a UK-based digital designer and creative coder with a great interest in generative visuals and mixed realities. With a background in filmmaking, she's currently developing her practice across digital media and interactive installations. In her work she explores new ways of interconnecting nature and computation.

Claire Bond is a UK-based composer and songwriter, creating music for education, well-being and simply for the love of music. Claire specialises in writing children’s songs and is the creator of the YouTube channel ‘Singalong School Songs’ which showcases original songs aimed at children between the ages of 5-11 years old. 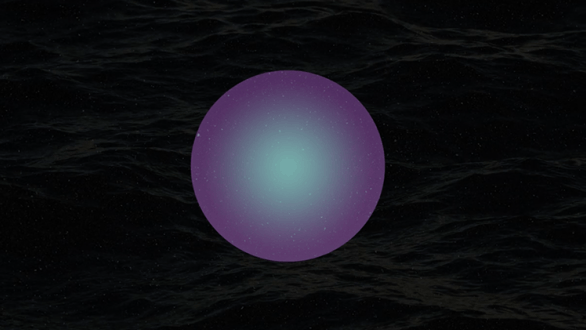 Amanda Tovalin is a composer from Mexico City who creates sound-universes designed with the use of her voice and violin. Amanda’s work explores the idea of relaxation through repetition and uses free improvisation, combined with live looping, to express herself through musical meditations.

Allison Tanenhaus specializes in bold geometrics, kaleidoscopic color fields, trippy op art, and unexpected dimensional qualities. Made with equal parts deliberation and experimentation (via smartphone apps), the results are rainbow-hued compositions that take on a psychedelic life of their own. 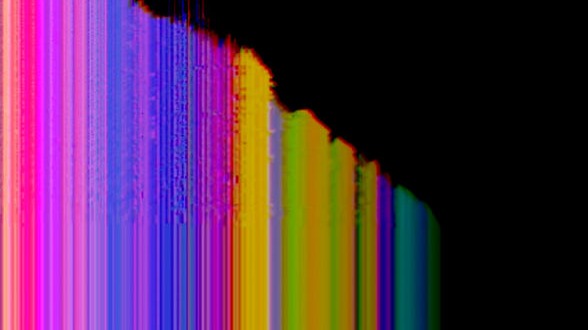 Irem is a visual artist based in Istanbul, Turkey. Her work ranges from digital art and sculpture, to art direction and styling. Irem likes to manifest dreamscapes and whimsical daydreams within which viewers can lose and calm themselves.

Paul Alty is a lighting designer and a musician. He has combined his two passions into a new singular multimedia artistic studio which enables him to create venue-filling immersive experiences utilising light, lasers, and audio soundscapes. Paul’s audio and multimedia work focuses on space and the natural world with a good sprinkling of surrealism. 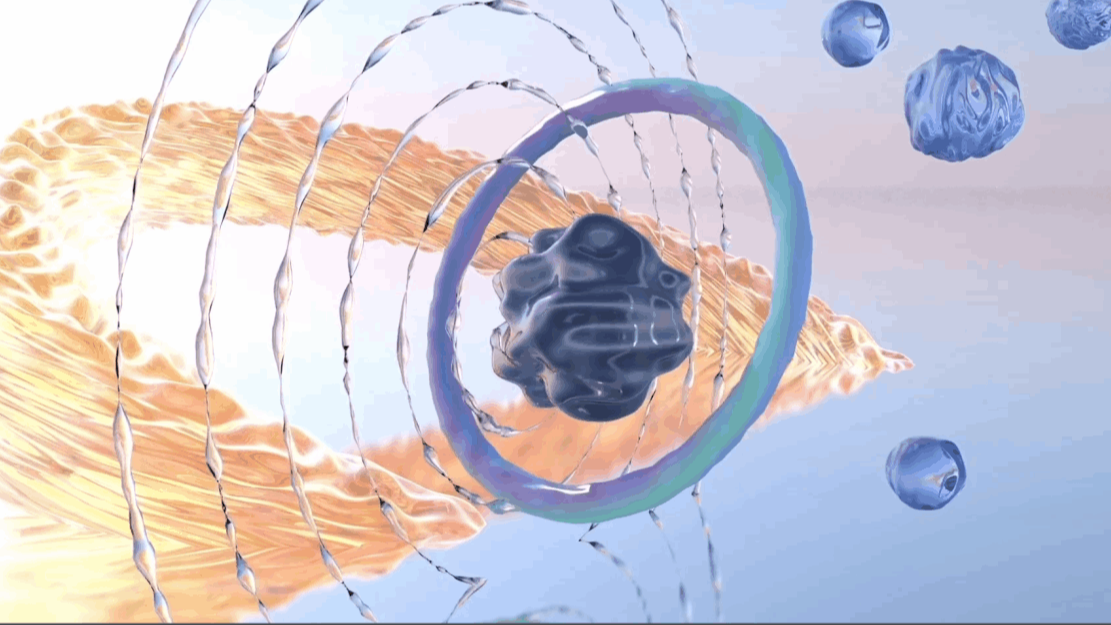 Balamurali Kumarasamy is a multi-talented architect, healer, wellness trainer. He is also a professional artist for Almighty Comics, creating illustrations which often focus on elements of Tamil culture and notable figures within Hinduism. Belamurali works in an abstract style which incorporates a wealth of vivid colours. He is passionate about spreading knowledge and awareness of mental and physical wellbeing through art and music. 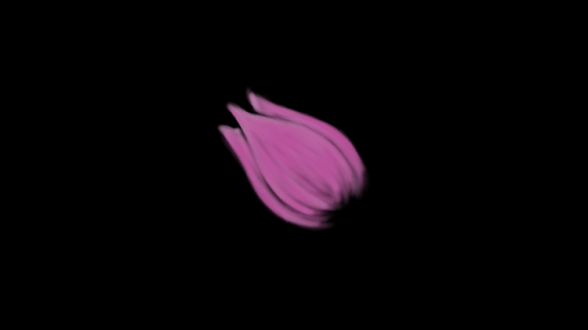 Vannie Gama is a young Brazilian multimedia interdisciplinary artist and the founder of VYSLab
a studio for STEAM and social technology for contemporary art in Brazil. Vannie draws upon the diverse fields of audio-visuals, contemporary art philosophies, and scientific communications and translates these concepts into expanded paintings, kinetic artworks, sound-image installations, and textual works.

Luca D'Alessandro first discovered the cello through Projeto Guri, a societal and cultural programme in Brazil. Since then, Luca has participated in both the MOVE project and Ethno Festival. Beyond her own musical work, Luca owns Lissimu Dza Mbira, a Luthiery which aims to spread the use of, and love for, the Mbira. 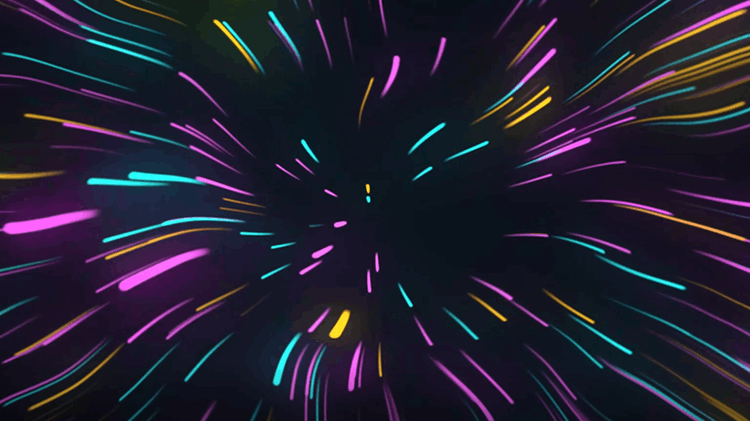 Gayatri is an architect, artist and photographer. Her artwork revolves around abstraction and new media - a beautiful, balanced amalgamation of abstract art and science fiction that allows the audience to tap into their curiosity and believe in the existence of the imaginary. Close inspection of Gayatri’s works reveals her enthusiasm for utilising lines, forms and geometric drama.

Pedro Carneiro Silva is a pianist and composer from Rio de Janeiro, Brazil. His music enraptures listeners with gentle and soothing melodies. Pedro’s creative musical process stands out as an approach that explores the interaction between experiences, feelings, and music
a talent which has lent itself to collaborations with a number of visual artists over the years. 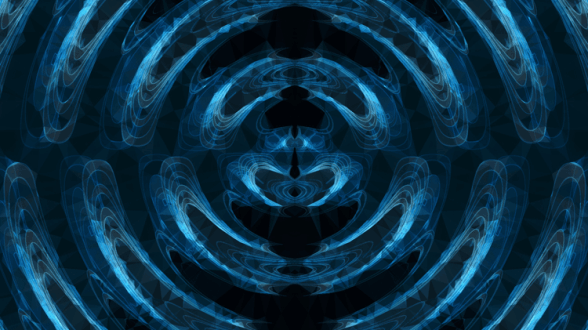 Peter Simpson is a multimedia artist from Edinburgh, Scotland with a passion for light, colour and movement. His artistic creations span the mediums of static images, performance art, and digital art animations. Peter seeks to energise and enliven viewers with the beautiful colours of the world, often using a mix of vivid colouring and gentle movements to produce entrancing visuals. He also hopes the humour brought forward in the performative elements of his work can help bring a smile to viewer’s faces and gift them something new, exciting, and engaging to enjoy. 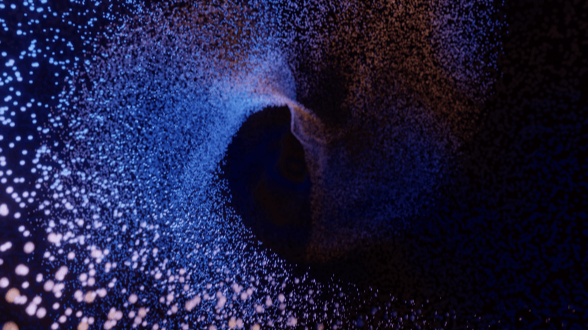 Kira Zhigalina, a.k.a KiRa, is an award-winning multimedia artist based in London. Having initially worked primarily in film and video, she developed an interest in incorporating light and technology to create more interactive experiences. Her artistic intention lies in creating immersive and visually compelling experiences for the audience, encouraging serene contemplation and feelings of connection. KiRa’s past commissions include creating installations and projections for the likes of Secret Cinema, The Leaf Label, London Contemporary Orchestra, London Zoo, Leeds LightNight, Latitude Festival and many others. 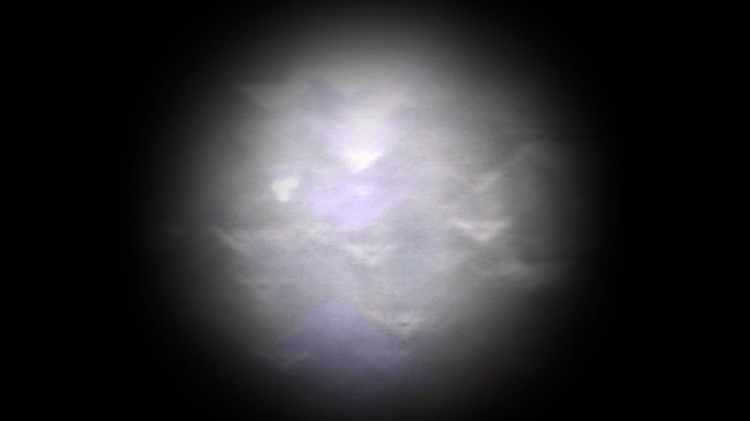 The Distant Symphony is the work of artist, musician, and producer John Orr Franklin. The goal of The Distant Symphony project is to create a starting point for the audience to observe, listen, and be able to leave behind the world of matter, instead entering into a world of divine unity. The Distant Symphony crafts original digital artworks that combine animated visuals with calming, melodic soundtracks. The result is a mesmerising audio-visual journey into glowing visuals, geometries, and refracting patterns that subvert the reality we know and transform it into the sublime and surreal.

John is based in Austin, Texas with his partner Andrea and their cat Grace. 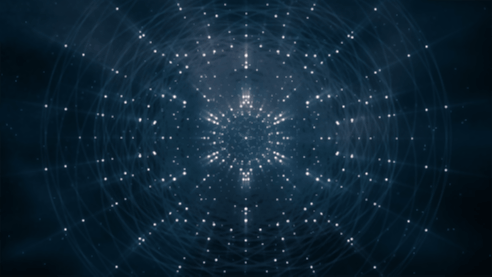 Australian acoustic guitarist Alan Gogoll was born and raised on the stunning island of Tasmania, the perfect inspiration for his beautiful instrumental compositions. But Alan doesn’t just write and play gorgeous music, he also creates amazing “Stringscape” videos by filming through his guitar’s soundhole to reveal the incredible vibrations of his strings as he plays in front of peaceful Tasmanian landscapes, seascapes and skies. He also creates “Discostring” videos by using funky neon strings - perfect for the Syntropy Dark Mode! 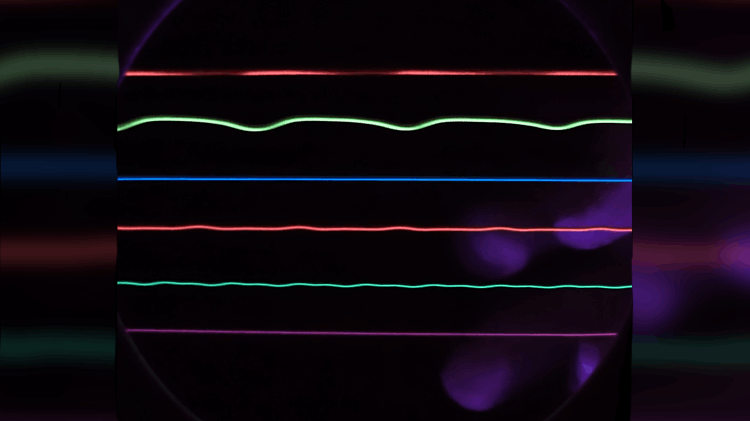 Allie Joy is a digital artist who has exhibited her art internationally. She is an artist in residence at Birmingham Open Media and Pervasive Studio at Watershed, Bristol.

Mark Soden is the Managing Partner of Mirror Noir Records and releases music globally under the band names Cydonia Collective and Serenity States.

Allie and Mark co-created the Syntropy app video artworks featured within the Breathe ‘Geometries’ and ‘Alchemy’ galleries and the Relax ‘Energy Centre’ and ‘Abstraction’ galleries. 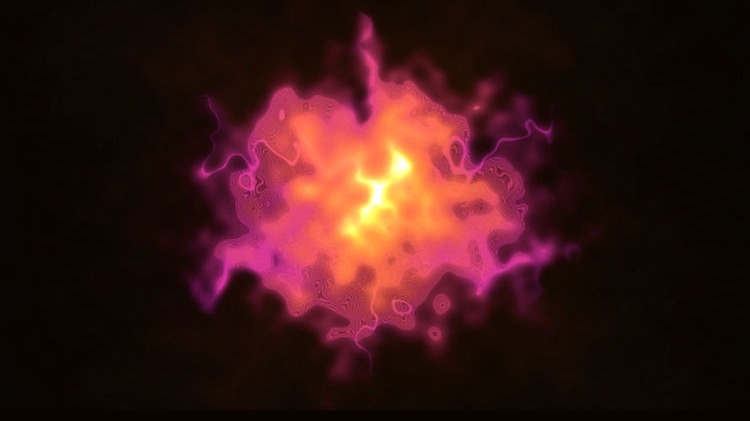 All Rights Reserved
The Syntropy Partnership 2020